Mercury (Hg) resistance (mer) by the reduction of mercuric to elemental Hg is broadly distributed among the Bacteria and Archaea and plays an important role in Hg detoxification and biogeochemical cycling. MerA is the protein subunit of the homodimeric mercuric reductase (MR) enzyme, the central function of the mer system. MerA sequences in the phylum Aquificae form the deepest-branching lineage in Bayesian phylogenetic reconstructions of all known MerA homologs. We therefore hypothesized that the merA homologs in two thermophilic Aquificae, Hydrogenobaculum sp. strain Y04AAS1 (AAS1) and Hydrogenivirga sp. strain 128-5-R1-1 (R1-1), specified Hg resistance. Results supported this hypothesis, because strains AAS1 and R1-1 (i) were resistant to >10 μM Hg(II), (ii) transformed Hg(II) to Hg(0) during cellular growth, and (iii) possessed Hg-dependent NAD(P)H oxidation activities in crude cell extracts that were optimal at temperatures corresponding with the strains' optimal growth temperatures, 55°C for AAS1 and 70°C for R1-1. While these characteristics all conformed with the mer system paradigm, expression of the Aquificae mer operons was not induced by exposure to Hg(II) as indicated by unity ratios of merA transcripts, normalized to gyrA transcripts for hydrogen-grown AAS1 cultures, and by similar MR specific activities in thiosulfate-grown cultures with and without Hg(II). The Hg(II)-independent expression of mer in the deepest-branching lineage of MerA from bacteria whose natural habitats are Hg-rich geothermal environments suggests that regulated expression of mer was a later innovation likely in environments where microorganisms were intermittently exposed to toxic concentrations of Hg. 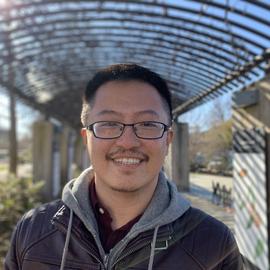